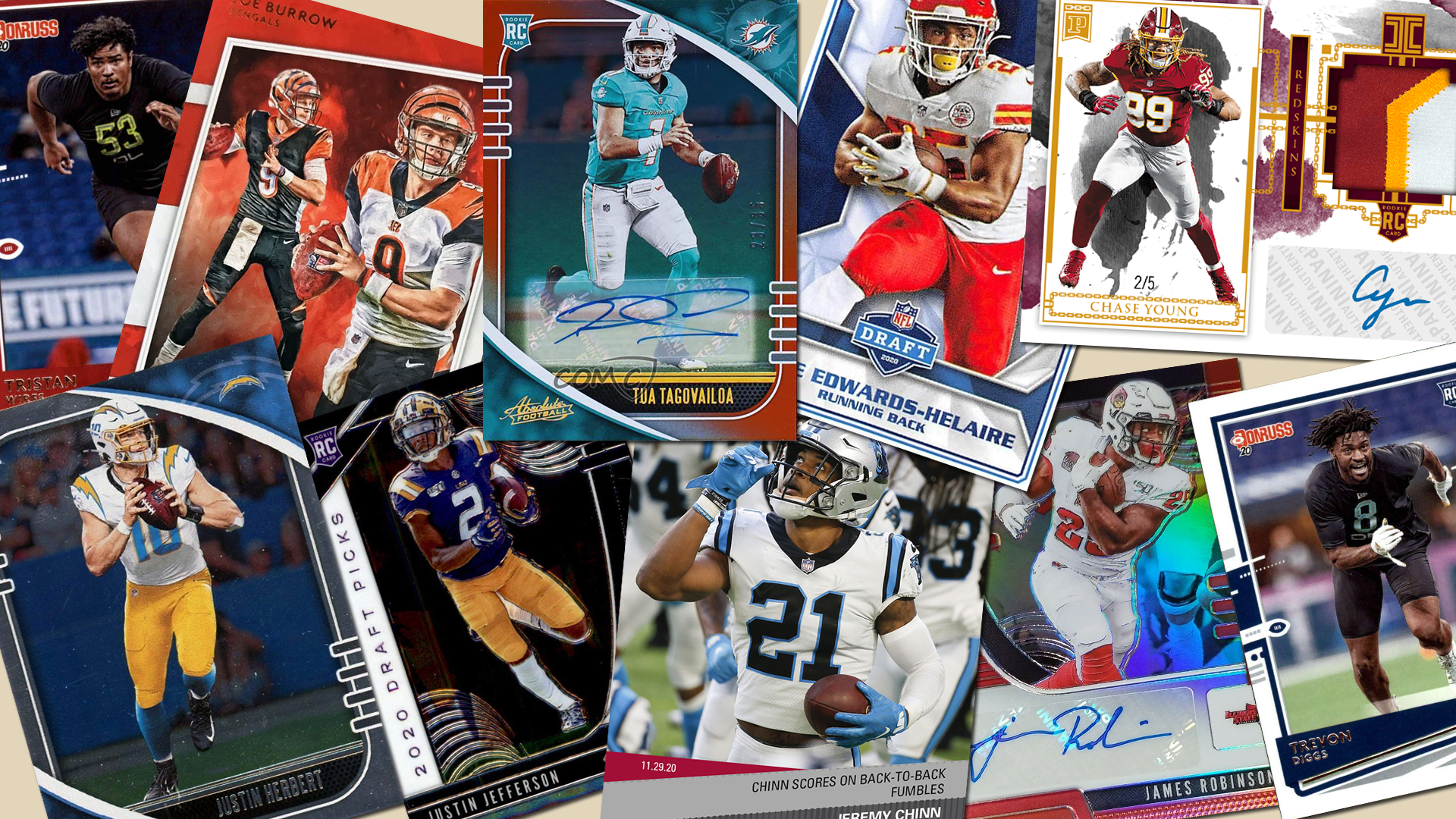 Which 2020 rookie cards should be the most valuable today and in the future?

For collectors of football cards and autographs, ranking the 2020 NFL rookie class is takes different factors into account beyond player performance. Of course, athletic skill and on the field stats must be top-notch. Here’s how we evaluate our top rookies. Certainly, there is some subjectivity, but below are our general guidelines. These factors are roughly in order.

Winning – There are talented rookies on every team, and many times the worst teams end up with the top prospects by nature of the draft. However, young players that lift their teams into playoff contention ultimately become the long-term best investments.

Skill Positions – We can all name 20 quarterbacks but few people could name enough left tackles to fill out a single depth chart. Even top linebackers are much more difficult to guarantee future name recognition.

Play Time – Pure talent is one thing, but on-field performance is critical. Injuries or being pushed down the depth chart drop a player’s potential.

Top Markets – Teams from big cities and with mass national appeal are going to get more recognition for their young talent. This is particularly true if the talented rookie also gets a significant endorsement deal.

Hometown Hero – Players always do the premium for collectibles and autographs in their hometown and their home market. We don’t factor this into our list, but you should.

Personality or lack thereof – We’ve all witnessed the young superstar who doesn’t handle the pressure when they make it to the NFL. Even incredibly talented players get bounced around from team to team or cut altogether if they don’t play nice with others. Performance-enhancing drugs, legal issues, Instagram posts, and blowing off press conferences can turn a stud into a dud.

So now you know how we evaluate the top NFL rookies. Below you’ll find links that are updated every few weeks.

Justin Herbert takes over the #1 ranking as he continues to impress. He is incredibly popular in Los Angeles and has the skills. In fact, he set a record in 2020 for the most touchdown passes by QB. Unfortunately, the LA Chargers won’t be in the playoffs. A solid performance by a playoff rookie could knock him out of the top position.

This dolphin made a big splash after taking over midseason as the starting QB. The #6 overall pick in the draft is 6-2 as a starter and put the dolphins back into playoff contention. If they make the playoffs and he wins a wild-card game, his stock will continue to rise.

Justin Jefferson has nearly 1300 yards going into the last week of the season. Unfortunately, he will be watching the playoffs on television so he’s probably not going to make our rookie MVP, but he’s got serious long-term potential. Justin Jefferson was one of two rookies to make the Pro Bowl.

Ask any QB who has faced him, and he’s the best rookie in the league. Washington still hasn’t clinched a playoff spot, but if they do they have to say “thank you” to Chase Young and a few other rookies. Young is definitely in the top five defenders with long-term potential. With Washington’s young team, and Ron Rivera at coach, watch for them to do big things in 2021 and 2022. Young also made the Pro Bowl

Injury ruined his rookie season. We still see lots of potential for the #1 overall pick in the draft, but he will have to get Cincinnati into playoff contention by the end of next season to prove his value. Joe Burrow was also the 2019 Heisman Trophy winner.

James Robinson has 99 problems… The rest of the Jaguars team. Let’s face it, Jacksonville was horrible in 2020 almost from top to bottom. Somehow this rookie managed over 1000 yards even though he only had five runs beyond 20. Yes, he only scored seven TDs, but more importantly he only gave up the ball once in 240 tries. James Robinson was undrafted.

Jeremy Chinn did something that gets you remembered on defense… He scored two touchdowns in one game! He seems to always be at the right place at the right time, whether it’s tackling, collecting a sack, or picking up the loose ball. He made our top 10 and still has more potential.

The only tackle to make our top 10 has more to do with the players around him. He is surrounded by veterans and perhaps the best QB of all time. The Tampa Bay Buccaneers have quietly slid back into the playoffs while Brady’s old team is showing that they aren’t the same without him. Imagine for a moment that Tom Brady holds another Lombardi trophy and Wirfs is the only rookie he mentions by name.

The Dallas Cowboys have been a team in turmoil this season. They are loaded with talent including two hot rookies. Diggs made our top 10 over his teammate for one reason. They both had excellent seasons but CeeDee Lamb has had Andy Dalton as his primary QB. If he has the same chemistry with Prescott, he is going to be great, but we won’t know that until next year. What we know now is that Trevon Diggs can hold his own against any receiver in the league.

Clyde Edwards-Helaire was the highest ranked running back in the 2020 draft, and he wasn’t picked until 32nd. There are other running backs that arguably could be ranked higher, but none of them are on the odds on favorite team to be in the Super Bowl. He’s going to have several more opportunities to become a star this season. Of the nine players above, only two them could see postseason action, and none of them are guaranteed it.

Honorable mentions – If you have these rookie cards, put them in a top loader and hang onto them. They won’t make you rich this week, but they are worth preserving.

The NFL 2020 rookie class has helped reinvigorate card collecting. Numerous players are already making an impact, and there are potentially 5 to 10 superstars in the making. 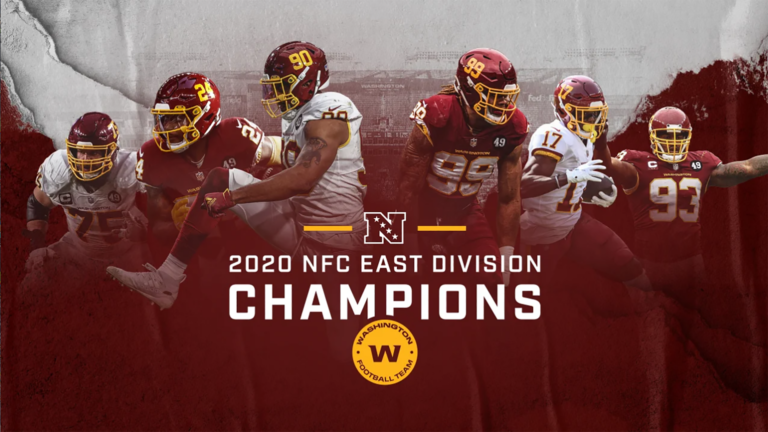 Last night Washington clinched the NFC East and next week will play the Tampa Bay Buccaneers in the first round of the playoffs. However, winning the division could be the worst thing that happens to them because they will draft much higher than their fellow NFC East competitors.